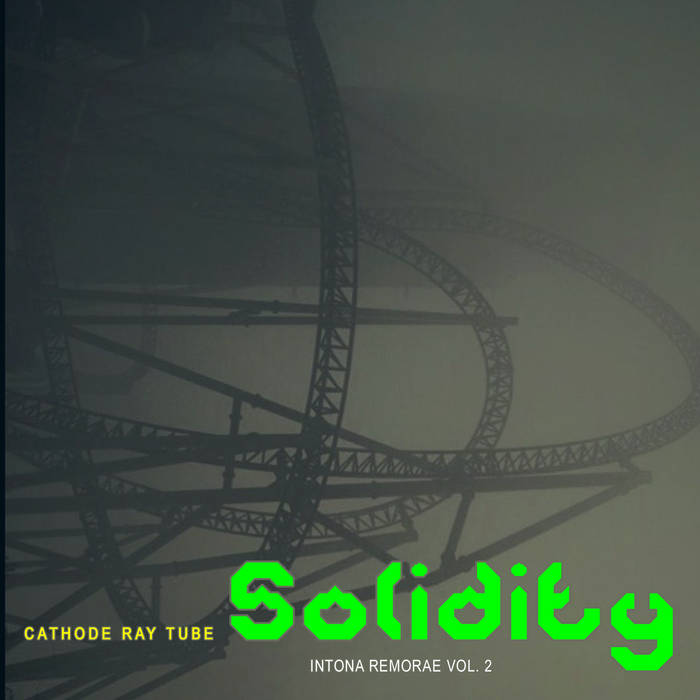 "In 2018, I released the  album "INTONA REMORAE" on the immensely cool VIRAL CONSPIRACY label run by Mattia Travaglini. Mattia was kind enough to give me free reign so I dropped an EP of CRT material, each based on a specific set of instruments with strict limitations and boundaries for each track. It was fun to reign myself in and do something different than my usual stuff. I'm pleased that the response was so good especially given that it was a departure from the usual stuff Mattia release on VR. Mille grazie, Mattia!

I revisited those tracks last year and found it was time to revisit the concept. Using the same set of instruments, I created tracks with some new allowances added; more effects, changing the instruments if it truly suited the track and others. I've sat with these tracks for a while and decided to release them on CNDHMN. SOLIDITY is these four tracks, each built on the previous ep's tracks and extrapolated even further from I hope you enjoy them as much as I did making them.

Proceeds from this EP will go be split equally between Choose Love and Everytown For Gun Safety. As you no doubt know, America has a problem on its hands. The number one killer of children is from firearms. This horrifying statistic is even worse when you realize it is entirely preventable. The killings in Uvalde, Texas have brought the problem to the attention of the world and one hopes that it will end here. But sadly it won't. We must do what we can to eradicate this issue and keep children safe.

Choose Love was founded by Scarlett Lewis, a high school classmate of mine, following the murder of her son and his classmates in Newtown, CT. It's appalling to think this event didn't stop the killings yet here we are many years and too many lives later.  Choose Love is near and dear to my heart and to be able to give to them through my music is an honor and frankly a privilege.

Everytown For Gun Safety is another organization committed to ending gun violence. From their website:

In 2013, Mayors Against Illegal Guns and Moms Demand Action for Gun Sense in America came together to tackle our shared goal of ending gun violence. Since then, we have combined the best minds in research, policy, litigation, advocacy, and grassroots organizing to grow Everytown for Gun Safety into a movement of more than 8 million supporters.

I'm asking $10.00 for SOLIDITY for this cause and these groups. I hope you will not only enjoy the music but also donate what you can (and then some!) to help these worthy and necessary causes."

ALL SONGS BY CATHODE RAY TUBE. RECORDED BETWEEN MARCH 2021 AND APRIL 2021 AT FLOW CONTROL 8.3.3. NO ORGANIC SOURCES WERE USED IN THE MAKING OF THIS RECORDING.

WARNING: Under no circumstances should this music be played
in cemeteries or sites of atrocities or used in rituals of any kind.